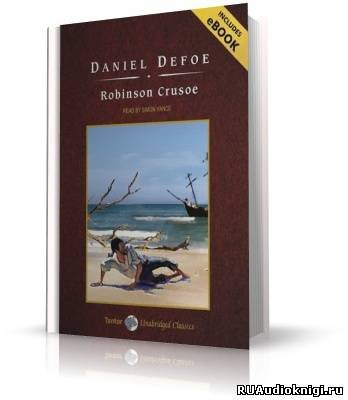 Son of a middle-class Englishman, Robinson Crusoe takes to the sea to find adventure. And find it he does when on one of his voyages he is shipwrecked on a deserted South American island for thirty-five years. After scavenging his broken ship for useful items, he had only his skills and ingenuity to keep him alive as there was to be no one else on the island for the next twenty-four years. In the middle of that twenty-fourth year he rescued a native about to be eaten by cannibals who were using his island for a place of feasting. Crusoe named this man Friday, after the day of his rescue. Friday became his faithful servant and friend, even returning with him to England after their deliverance by an English ship. Listeners will enjoy Crusoe's determination for survival against all odds and admire the spirituality that gave him the strength to survive. A hero through the ages, he richly deserves the admiration that has endured over three centuries.
akniga.org Приключения Дефо Даниэль Робинзон Крузо (ENG)
Другие книги Дефо Даниэль